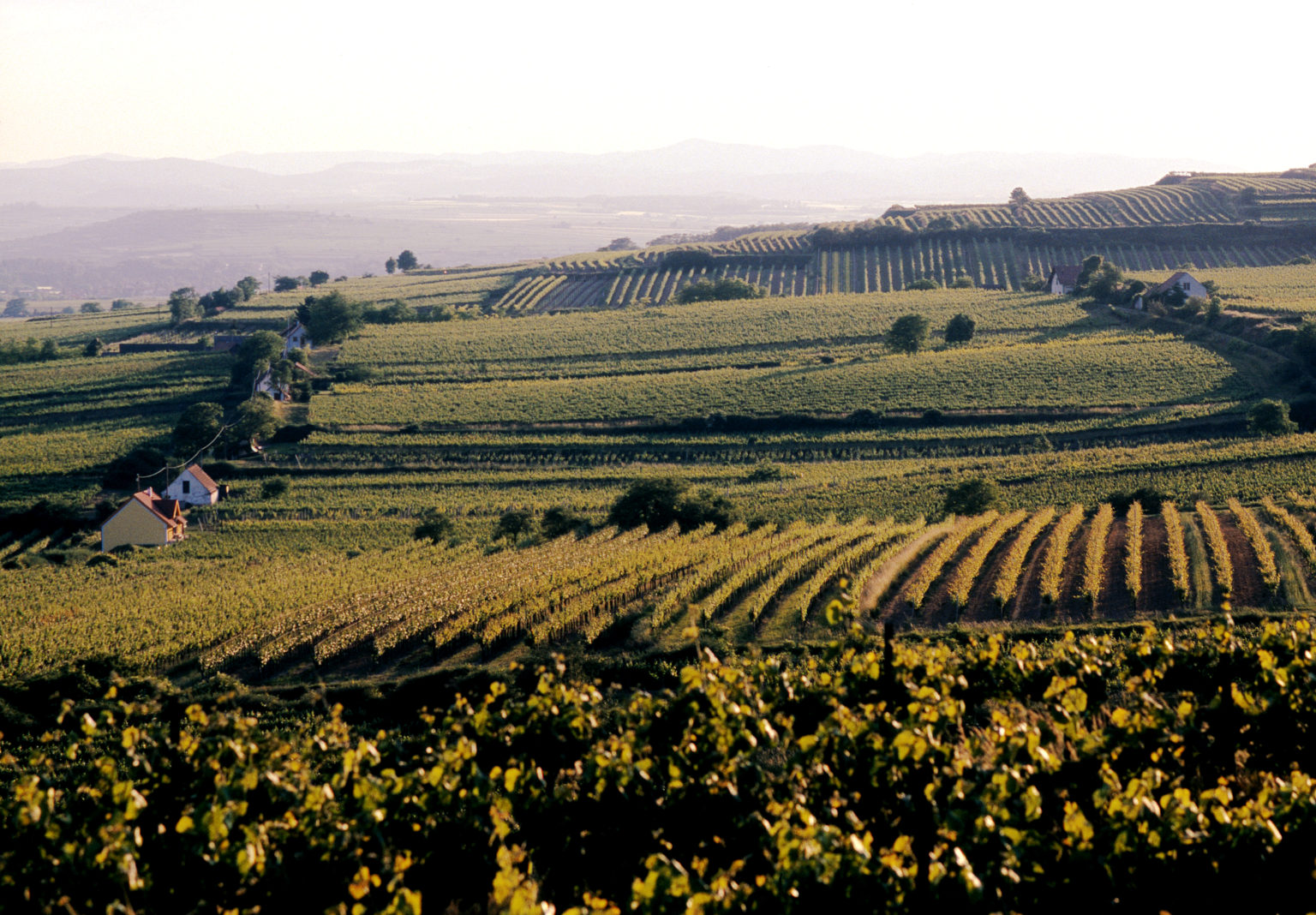 Roter Veltliner: the origins of winemaking in Austria

The origins of winemaking in Austria go back to around 500 BC, to the time of the Celts, traditions that continued and evolved with the arrival of the Romans. After centuries of dilapidation winemaking returned to the fore in the age of Charlemagne and the monks who made wine to celebrate the Eucharist.

The monasteries belong to the Cistercians, and in some ways were founded by monks who came from France.

Winemaking in Austria grew thereafter, and at one point covered ten times as many hectares as it does today.

Winemaking in Austria: a perfect climate!

There’s a perfect climate for winemaking in Austria, one that provides sweet grapes with an intense aroma and brilliant color. North of the Danube, starting from the ancient city of Krems, there’s a region that’s well-suited to agriculture, and above all to winemaking. This is demonstrated by the splendid terraces of the five wine regions in a 30km radius: Wagram, Traisental, Wachau, Kremstal and Kamptal.

Roter Vetliner on the terraces of the Danube

By the 1980s, Roter Veltliner had more or less disappeared from the market. The boom in the wine sector, which coincided with a boom in industrial practices to maximize yields, had caused the decline of many traditional grape varieties.

In 2008, a small group of organic producers of Roter Veltliner decided to challenge this system, beginning with the recovery and promotion of their product. An alliance was formed with Slow Food Waldviertel, the local convivium. The product was added to Ark of Taste and the producers started to create a network with other Slow Food affiliates in the area.

This group grew quickly, including different people working to preserve natural foods and wines and to steer the region in a more sustainable direction. The creation of the Danube terraces Roter Vetliner Presidium was a further effort to safeguard and increase the production of this wine. It does so by telling consumers and the media the rich history of the variety, and indeed the entire wine region.

The production protocol follows the regulations for organic farming, with the use of native yeasts in the winemaking process as well as manual harvesting of the grapes. The group of producers has also decided to establish and adopt a single price that’s fair for both producers and consumers.

A climate for wine

Hans Czerny is a winemaker and coordinator of the Presidium: “All of us Presidium producers work for the protection of the soil. We’ve been using use organic and biodynamic methods for many years, so the vines are stronger and can resist periods of little rainfall, though we live in an area where climate change is an established, undeniable fact. The cooler years with the right acidity are rare. It’s those years which are able to age the wines we product for ten years or more.”

Though there are diverse terroir in this wine region, it’s the löss which really makes its mark on the wine and provides substantial support to the terraces. So what is it? It’s a type of sandy, clay-heavy soil with a yellow or reddish color. It’s ability to store water and its mineral wealth creates the perfect conditions for the cultivation of Roter Veltliner. A rustic grape, with fruit that tends towards a dark red color when it ripens. Its tendrils are bronze-colored, as are the branches.

As it has a relatively low requirement in terms of water and nourishment, the vine resists even in the driest areas. It ripens around mid-October, when the berries reach their highest level of pectin and the pulp is gelatinous.

We ask Hans how it feels to be a Slow Food Presidium: “We’re very proud of the prestige and recognition that comes from being a Presidium. The public and the media has a better perception of the product.”

We wish Hans and all the other Presidium producers every success for the future!