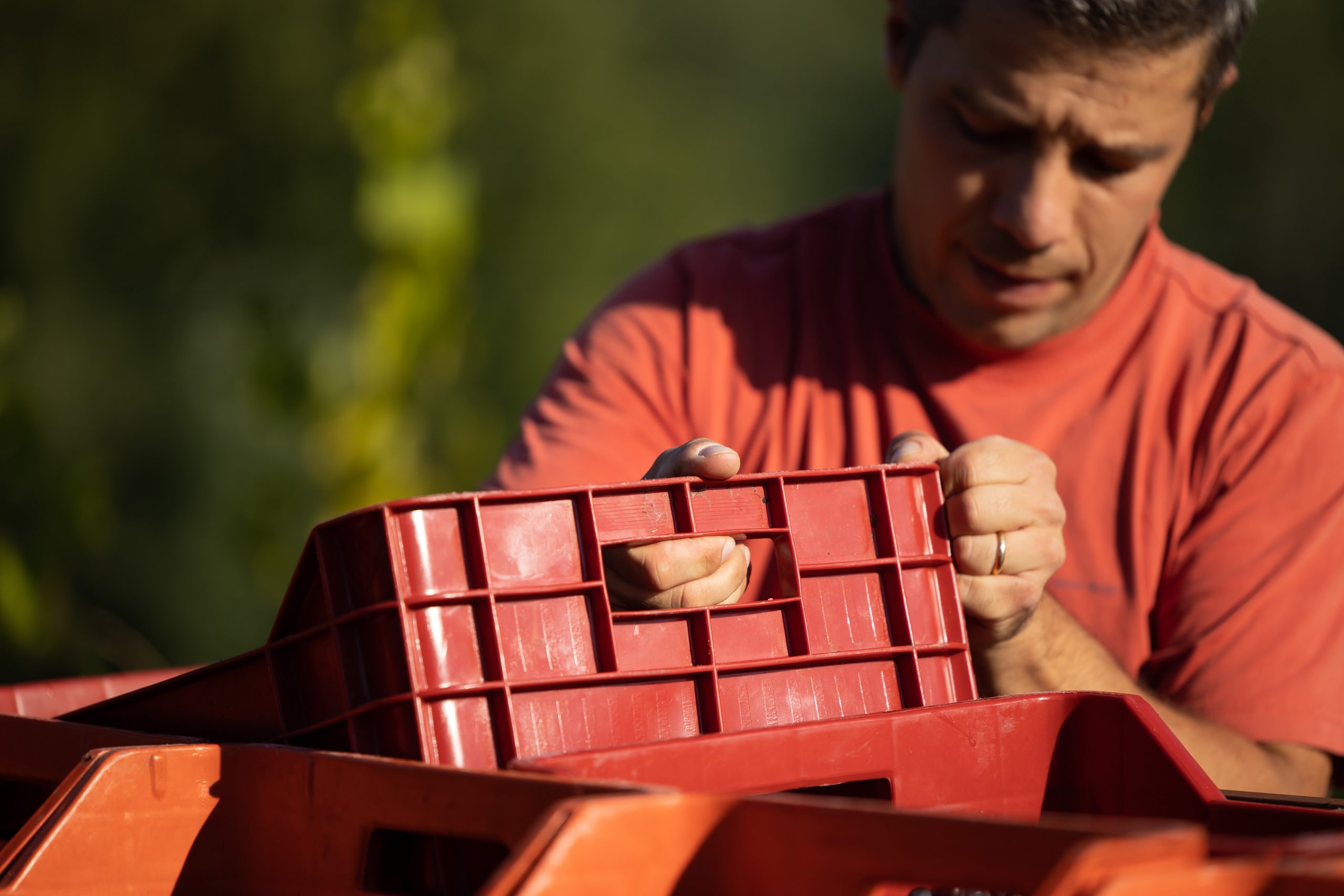 Paraschos: caring for the land is a family matter

As Alexis Paraschos tells me the story of his family, I imagine it as the script to one of those films of times past, the images an Italy that no longer exists.

A young man arrives from Thessaloniki to study at the University of Trieste in the 1970s: his name is Evangelos Paraschos. One thing leads to another, and Evangelos meets Nadia Nanut; through her, he also gets to know the countryside around Gorizia.

He falls in love with both, as well as the farming spirit that resists the Green Revolution and protects the land. In the background there’s the crisis of the former Yugoslavia, borders that are redrawn, a Europe that grows and the new freedoms of modernity.

A story of borders

“My father arrived in Trieste to study pharmacy. After graduating, however, life took him in a completely different direction.” Nowadays, Alexis manages the Paraschos winery and agritourism together with his brother Jannis. It’s situated between San Floriano del Collio and Olsavia, in the province of Gorizia, a wine region perhaps best known for its Ribolla and for masters like Radikon and Gravner who have been strong sources of inspiration for the Paraschos family.

“The history of our winery has been conditioned by the history of our city. Gorizia was for a long time a border town economy, focused on tourist shoppers who arrived through dedicated travel agencies to find all those products they couldn’t get at home. When Yugoslavia broke up, this influx of tourists stopped, and lots of merchants found themselves unprepared for this new reality. The city lived through a difficult time thereafter, as so few had foreseen the fall of communism and with it, the end of that particular market.”

Paraschos at the Slow Wine Fair

Paraschos will be at the Slow Wine Fair with their wines. Check out the wine list!

It was during those years of re-calibration that Evangelos bought his piece of land: “This was not good land for cultivating vines; it was barely workable. The previous owner was forced to sell because the vineyard yields were too low to guarantee a livable income. This was between 1997 and 1998, when I was 16 or 17 years old, and I can’t deny that this choice had a huge impact on my life. For me it was became natural to be in the vineyard: Paraschos is a shared project, one we started right in the moment that I was beginning to build a future for myself. Now me and my brother Jannis manage the business but my father is still around as a reference and a mentor.” Their father’s influence can be seen, above all, in their agronomic decision-making.

Respect for the vine and its fruits is a characteristic trait of your winery. Have you ever considered any other road?

“My father became interested in wine because he was fascinated by the farmers and winemakers of Collio who, in the 1970s and 80s, worked their land with respect, and would never dream of using herbicides in their fields. They were the ones who passed on their love for the land, a love which one then tries to pass on to their own children. Caring for the land was what made my father fall in love with wine, it’s the root of this story. And we wouldn’t want to change a thing. For us the idea of organic, sustainable and ecological agriculture comes first, and wine thereafter.”

With those first three hectares Evangelos got his production started, but the first years weren’t simple. “We started producing wine in the garage, and it needed to be sold within 12 months. Then with time and sacrifice we built up what we have today. We’ve had to grit our teeth, take risks, make investments: we’ve chosen to make wines that require a cellar that’s up to the task: one that’s big enough to store an entire vintage in fermentation in vats and the rest as they age.”

We can see for ourselves that all these efforts were worth it. The wines of Paraschos are represent the essence of their land and the implacable will of the producers to respect the fruit. We’re talking about wines that leave the cellar after four years: “Now we’re bottling the 2019 whites, which will remain in the bottle for another year before being sold. For the reds we’re now selling the 2013 and the 2015 vintages. We try to age them the right way: our wines have high acidity, which allows them to age for a long time, and indeed, means they force you to wait before they can be drunk.”

So what’s your approach in the cellar?

“We’re always experimenting, but always within the framework of respecting the ingredients we work with. After years of attempts we believe we’ve found our own style. Our goal is to change public perception of this type of wine. We try to impress consumers with quality. I’m happy to note that today young people in Italy are more mindful of these issues. It’s an important step: the fashion for natural wines can help us towards a more sustainable world. And above all, to drink with greater awareness, such that people don’t just look for wine that’s good, but wine that respects the land and those that work it.”

A quick guide to the wines of Paraschos

Kai is our flagship wine, one we’ve been producing for years. It’s made purely of Friulano (sauvignon vert) grapes from old vines. It’s the house white, so to speak, with less maceration for a crystal clear, precise and saline result.

Orange One uses three typical Collio grape varieties: Ribolla, Malvasia and Friuliano. It has a long maceration that’s reminiscent of local traditions: fermentation entirely on skins, up to three weeks in the vat. We started with the idea of making a historic wine, a wine like those made here in Collio at the beginning of the 20th century, before the Great War. It’s an exuberant wine, because it brings together the three souls of Collio that, put together, give us a rich and potent wine in terms of its aroma, tannin, fruit and body.

Pinot Grigio made into red wine: we call it Not. Here we let it macerate on skins for a week. It then ages for a year in wood: it has less acidity and so it’s ready earlier. It’s a softer wine, but with long tannin and goes well with everything. It’s an evergreen, you can take it anywhere.

La Ribolla is a symbol for this winery and for this entire region. In Oslavia the Ribolla grape has its perfect habitat: it just has to be made here. We make pure Ribolla only in the best years, the sunniest years, when the tannin is more mature. La Ribolla is an austere, serious wine; it requires the right pairing. It’s not a wine to be drunk alone as an aperitif, it’s a gastronomic wine. It needs to be aged to soften the tannin, and indeed it can age at length. A collector’s wine.

Malvasia made in amphora recalls Mediterranean tradition, with long maceration: it stays on the skins throughout aging (almost a year) and then there’s no time in barrels, it goes straight to the bottle. During processing we don’t use a press: the grapes are destemmed and then decanted for a year. To make this wine we only use the destemmer, in terms of machines. It’s a really interesting wine that unites the complexity of long maceration with the finesse of free-run must, with no soft pressing. Indeed, there’s no pressing at all.